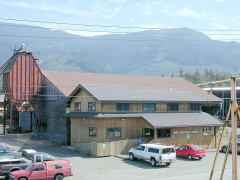 Great Western Lumber Company was started in 1951 by Robert H. Millman of St. Louis, Missouri. Robert was looking for a West Coast sawmill to supply his growing distribution company in the mid-West and hired his older brother Ben to manage the new company. By the late 1960's, Robert was beginning to turn the company over to his oldest son Bob, to guide the company and oversee the distribution facilities. By the early 1990's, Great Western began expanding its sales region to a larger portion of the US as well as the export markets. In the 2000's, the third generation of the Millman family took control of the sawmill and is presently guiding the company and overseeing the continuous upgrades to the mill to remain competitive in today's lumber industry.